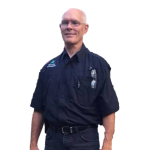 What Does Roof Pitch And The Type Of Roof System On Your Home Have To Do With How Well Your Roof Holds Up In A Storm?​

Roof pitch is how much your roof rises in inches for every foot horizontally. For instance a 6/12 pitch means your roof rises 6″inches for every foot horizontally.This is the average pitch for a roof on most homes. A 1/12 to 2/12 is a low pitch. A 7/12 and up is considered a steep pitch and insurance companies pay extra for the steep pitch when there is a claim on the roof. There is a point where your roof becomes what roofers call unwalkable.

Rooftops with steep pitches are excellent for moving water. The steep slope helps get rid of water in hard rain falls in snow. However, this also creates extra hardship on your gutters that need to withstand a heavier flow of water. Sometimes you would need 6 inch K style gutters versus the typical 5 inch K style gutters.

A lower pitched or flat roof change to hold moisture longer of course. Standing water is the enemy of a roof. Wind shear is another issue. Wind shear refers to the wind velocity around a roof. High pitched roofs tend to experience more wind shear. If you live on the coast for instance you may want to consider a lower pitched roof.

That being said there is an article on sciencedaily.com that states according to a study conducted on behalf of The Roofing Industry Committee on Weather Issues through a cooperative research and development agreement with Oak Ridge National Laboratory’s Buildings Technology Center – determined that steep sloped roofs held up better due to the fact the building materials composing the roof structure defend better against wind uplift forces that occur during hurricanes.

The study, led by ORNL engineer Andre Desjarlais, concludes that construction of these structures should adhere to current local building codes that have been upgraded over previous codes, closely following manufacturers’ guidelines and using compliant edging systems.

The funding source is DOE’s Office of Building Technologies.

In the early 1960s, glass fiber mats were introduced as the base material for asphalt shingles which made the shingles lighter and less apt to retain detrimental moisture. Relatively inexpensive asphalt along with advancements in mat and sealant technology quickly led to asphalt shingles becoming the primary choice for steep slope roofing.

Not surprising, a large percentage of steep slope roofing in hurricane prone regions is asphalt shingles because asphalt shingles are more economical than their tile or metal counterparts. Further, stringent building codes and standards have led to tougher demands on the asphalt shingle industry. Today, asphalt shingles can be rated for high wind zones up to 150 mph at a three-second gust.

Although recent Studies have shown steep roofs hold up to high winds better they are saying it is only due to upgraded material. All roofs from low slope to steep slope roofs are using upgraded materials. I find this irrelevant and those same study participants still agree that high slope roofs get more uplift on shingles similar to an aircraft because of the angle of the roof.

The best alternative seems to be the average 6/12 pitch with an upgraded laminated shingle designed to withstand 130 mile per hour or 150 mile per hour winds. Another alternative would be metal roofs. That will be a subject for a future article.

The Mold Infestation and What It Does To Your Roof

How To Extend The Life Of Your Roof

There is no doubt that mold and mildew is ugly and ruins the appearance of your roof. Mold sometimes creates a damp musty feeling and smell around a home as well. With that being said what else does mold and mildew do to your home and how does it effect you? Is it different or worse here in Florida?

Gloeocapsa Magma. Ever hear of it before? Perhaps you haven’t heard of it but we guarantee that you have seen it. Curious?

As a licensed roofer in Orlando we have dealt with many different types of roofs infested with this bacteria so stick with us and in this article we will explore what mold and mildew does to your roof and what you can do about it.

Algae and Gloeocapsa Magma are the first wave in a succession of organisms that can colonize and ultimately undermine a roof. The algae can eventually team up with a fungus to form lichen. Moss follows, building a small layer of soil that might catch seeds from bird droppings. By the time grass sprouts between the shingles, it’s past time for a new roof. The process can take years.

Gloeocapsa Magma became more well known in the Southeastern United States, particularly in Florida during the 1990s, but it has since spread throughout the rest of the United States and Canada.

So, what has changed?

In order to keep down the cost of composition shingles, manufacturers have begun to include more “fillers” in their “recipes”. These fillers replace some of the oils in the shingles. Of course, those oils are normally the most costly component of the shingles. Removing the oils often seems to shorten the lives of the shingles, making them less resilient and supple. But, an additional problem is that the Gloeocapsa Magma feeds off of those fillers, leading to the unsightly streaks and stains.

A predominate filler used in composition shingles, because it is so plentiful and inexpensive, is limestone. It is the calcium carbonate in limestone that Gloeocapsa Magma really likes to feed off of, along with moisture that naturally collects on a roof’s surface.

This particular type of cyanobacteria is responsible for creating black stains and streaks on roofs. The bacteria accumulate over time because of the fact that it feeds on moisture and calcium carbonate. This accumulation begins to show the black stains as the cyanobacteria develop their dark and hard UV-protective outer coating.

The main reasons for the rapid spread of these cyanobacteria are thought to be:

1  Rising humidity and temperatures combined with more bacteria spores because of them being carried by the wind promotes their spread with these favorable conditions.

2 Fiberglass shingles are made with limestone as a filler in the asphalt. These shingles hold moisture and organic “bacteria food” material longer, especially on the North-side of roofs than the paper/asphalt/ceramic shingles of the 1980s.

3 A combination of humidity, moisture and possible tree coverage that promotes more moisture and algae growth. Also because they are carried on the wind from one place to another, like your neighbors home. This causes them to spread even faster from neighboring houses.

This cyanobacteria causes substantial destruction to roofs causing shingle decay and loss of reflective power. Over time, Gloeocapsa magma breaks down the shingles by feeding off of the limestone granules embedded in the shingles. This decreases a roof’s ability to reflect ultra-violet rays of light and shortens the life of the roof.

Once the bacteria have become noticeable, the infestation will continue to worsen year after year. As the bacterial colony grows, gravity causes them to spread all over the roof working their way downward, resulting in the dark colored patches that resemble stains down your roof. Most experts consider the bacteria to be harmful, if left untreated, as the growth holds moisture within shingles causing premature aging, rotting, and/or granule loss.

Gloeocapsa Magma is also harmful to wood shake roofs as well. It discolors the roof and causes the wood shake shingles to rot and decay prematurely.

Lowers The Resale Value Of Your Home

The amount of gloeocapsa magma on a rooftop is a common way in which people estimate the age and condition of a home’s roof. If a home has a lot of dark streaks on the roof, prospective buyers of that home assume the roof is on its last legs and, as a result, the roof condition becomes a bargaining point for the home’s value. Beyond that, these dark stains also have a huge bearing on the curb appeal of a home. If you’re like most homeowners, that means something to you. You want your home to look as nice as possible and Gloeocapsa Magma just detracts from its overall beauty.

You may not think of your utility costs when you see this infestation on your roof, however, it does present a problem. Approximate savings after having your roof cleaned is estimated by some experts to be up to 30%. So that is reason enough to have your roof cleaned so the infestation can be eradicated.

The preferred technique for the application of these chemicals is low pressure washing. This will avoid costly damage to the roofing and structure. Most licensed roofers in Orlando and roof cleaning contractors prefer this method of cleaning.

Roofing experts warn against using pressure washers on asphalt shingles because that can damage the shingles and do a poor job of removing algae.

My wife and I recently noticed Gloeocapsa Magma or algae on our 13 year-old roof, as well as lichens, which look like greenish-white splotches made with a paintbrush. Fortunately, we didn’t have any other growth, such as moss, which can grow in between the shingles and cause damage as well.

We used the solution of Sodium Hypochlorite and it made our roof look like new again. Imagine how you will feel with a freshly cleaned roof, that not only will improve the aesthetic appeal of your home, but extend the life of your roof, and save you money on your utility costs.